Here is a link to a very cool article about a deleted scene from the classic movie “A Christmas Story”.  The scene features both Flash Gordon and Ming in a fantasy sequence with the main character Ralphie.

This post is about a rare painted hardcopy action figure that I acquired. The figure is the character ‘Ming the Merciless’ from the ‘Defenders of the Earth’ action figures series line.

Defenders of the Earth was an animated television series produced in 1986, featuring characters from three comic strips distributed by King Features Syndicate—Flash Gordon, the Phantom, and Mandrake the Magician—battling the Flash Gordon villain Ming the Merciless in the year 2015. Supporting characters include their children Rick Gordon, Jedda Walker (daughter of the Phantom), Kshin (adopted son of Mandrake), Mandrake’s assistant Lothar, and Lothar’s son L.J.  For more information, check out this link to the Wikipedia page http://en.wikipedia.org/wiki/Defenders_of_the_Earth

As this is a prototype, the hands are not made of metal as in the final product, nor does it have the knob on the back or any internal mechanisms for its fighting action. The figure is made of a hard resin, not injected molded plastic as a final version would be, and you can see evidence of air bubbles on the feet. 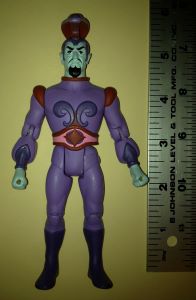 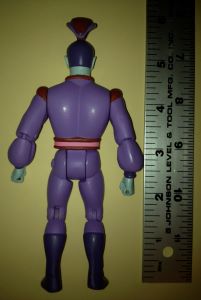 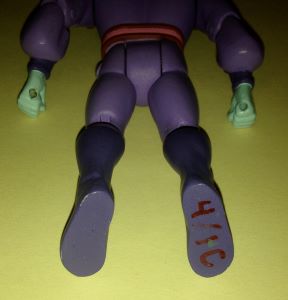 In the side-by-side comparison with the final release of the Ming figure, you can see the obvious differences in the paint scheme. As for the modeling, it appears that they removed the chest medallion and added an ornate piece to the top of the helmet. 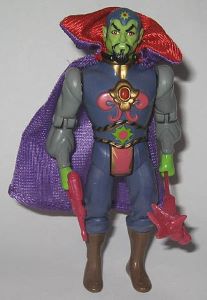 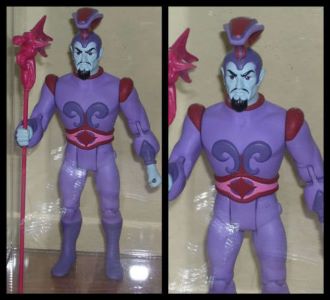 This was probably based off an initial design and then could have been altered because of manufacturing issues or other marketing/business decisions. But you can find several examples of this design in marketing and branding materials that were produced around the same time. 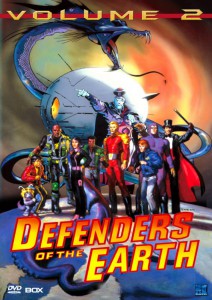 Cover of Vol.2 Defenders of the Earth DVD set. 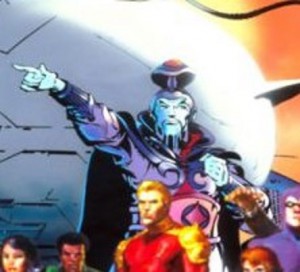 Close up of Ming from the cover. 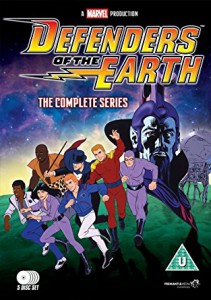 I have recently acquired the 1985 Galoob Catalog that depicts several versions of the Ming figure with different sculpts and color schemes.

In this image from a group shot, we can see Ming looks largely like he does in the final released version except for his belt. 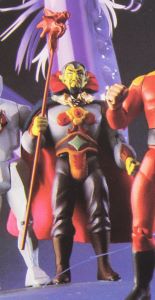 There is a small image in the catalog that depicts a carded version of the figure. If we zoom in closely it appears to be near identical to the prototype, just without the helmet plumage. Additionally, the artwork displays a light blue skinned Ming, rather than the green one in the final carded artwork. 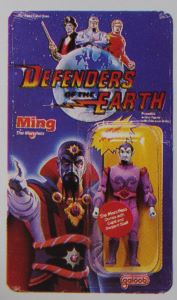 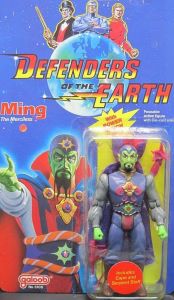 This catalog image shows what appears to be the prototype body, but with green hands and the final head sculpt. 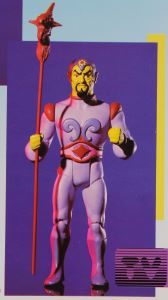 Even here the Garax figure has the prototype styling on his chest sticker in the catalog picture. 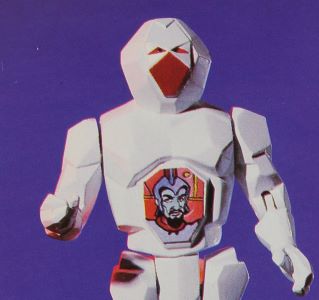 And, in the advertising for Ming’s Mongor snake vehicle, it is pictured with the carded figure riding upon it. 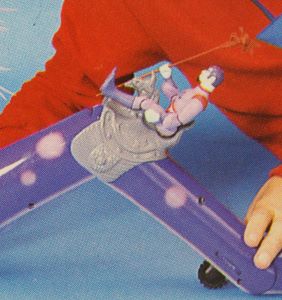 Here is an image of a Defenders of the Earth Ming eraser that was released with variant plumage on his head. 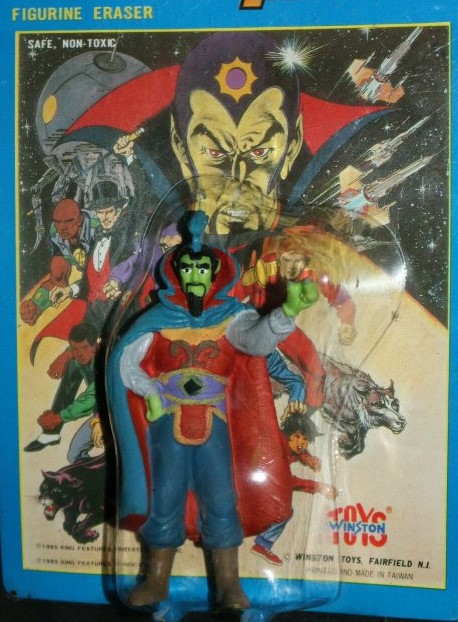 I recently came across this great Kickstarter project for a Flash Gordon expansion to the Savage Worlds gaming system.  I was proud to back it and am looking forward to all the Flash Gordon goodness headed my way.